The Ottawa Valley Golf Association tried something new this year and held the first two rounds of their City & District Championships on a weekend.

A full field of women and men from OVGA Member Clubs and a few public players enjoyed their two days of play at the Sand Point Golf Club (formally the Arnprior Golf Club) in Arnprior and champions emerged in two Women’s Divisions as well as B Class men.

When asked about her 7th City & District Division 1 Championship Bonnie replied, “It feels awesome. I feel like I’ve come back from the abyss. I had lost my swing and I have to thank Gord Percy (Head Professional at the Carleton Golf & Yacht Club) who worked with me during the winter. He rebuilt my swing as well as my confidence.”

Defending Women’s Division 2 Champion Sandra Chisholm from Rideau View Golf Club took home the Rose Bowl Trophy for the second year in a row. With her two-day scores of 84 & 86 (170), she finished ahead of Executive Golf Club member Lisa Gordon (88-93-181) and Leanne Stoppa from the Oaks of Cobden (90-92-182)

Rideau View also took home the Mina Denison Shield in the team competition for team low net on the first day of the competition. Rideau View Team Members were Kristin Ranieri, Sandra Chisholm, Donna Rennie and Susan Phillips. Scores from their Rideau View team-mates Susan Pearl and Lyn Leclerc were not used as only four scores per team were counted. The teams from Hylands and Algonquin finished 2nd and 3rd respectfully.

In Men’s B Class competition, Smiths Falls Denis Tremblay was the winner after a one-hole playoff with Public Player Bernie Ng. Both players had tied after regulation play with two-day scores of 160. Daniel McCaskill from the Madawaska Golf Club finished alone in third place with his two-day score of 161.

Denis summed it up for all the competitors in the OVGA Championship when he said during his City & District B Class Trophy acceptance speech – “It was great. It was my first time in this event. The event was put on wonderfully by the Sand Point Golf Club, the OVGA and all their volunteers and rules officials. Everything was first class.” Denis also thanked his second day fellow competitor Bernie Ng – “Bernie was also nice to play with and a good competitor.” 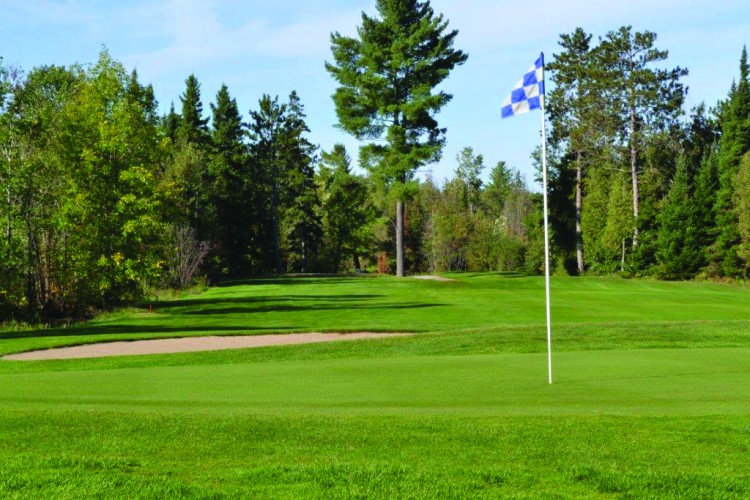 Respecting The Past / Embracing The Future – Sand Point GC 2016 Update 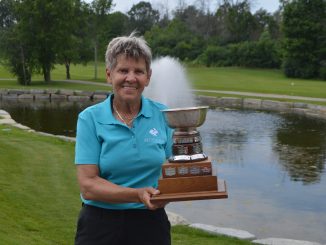