Seven match play championships were decided at Greensmere and there was an abundance of glittering medals and trophies for the champions and the runners-up.

Perry secured his spot in the final round with wins over Mississippi’s Peter Beerli (6 & 5), James Crawford (20 holes) and Greensmere’s Mike Poloni (1 up).

Congratulation to John on his win as well as to all the competitors in the 2019 OVGA Senior Men’s Match Play Championship.

Sophie Foulds from the Royal Ottawa Golf Club backed up her 2018 Pee Wee Match Play Championship win when she defeated Lillian Zou eight holes up with seven to play.

Maddy reached the final with her 10 & 8 win over Stonebridge GC’s Sophie Wang while Ashley had advanced with her 6 & 5 win over Rideau View’s Mimi Braiter.

After a first-round bye, Atlas won his match with Ottawa Hunt & Golf Club’s Thomas Barney (5 & 3) while Aston also had a first-round bye and then defeated Cedric Fortin from the Hylands Golf Club (7 & 5) to reach the final.

Daniel had won his matches with Pembroke’s Parker Lessard (4 & 3), Carleton’s Aiden Coyle (1 up) and Madawaska’s Curtis Proulx (21 holes) to reach the championship final.

OVGA Junior Co-ordinator (Big) Jim Davidson indicated that he was pleased in the overall increase in participation in OVGA Junior Competitions this year but he also encouraged more area junior golfers to play in OVGA Events.

Flagstick Golf Magazine congratulates all of the match play championship winners as well as all of the participants in the 2019 Ottawa Valley Golf Association Match Play Championships sponsored by Humber College. 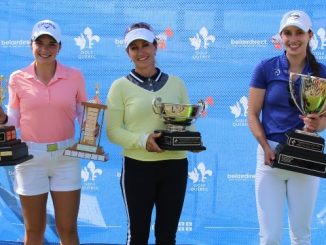 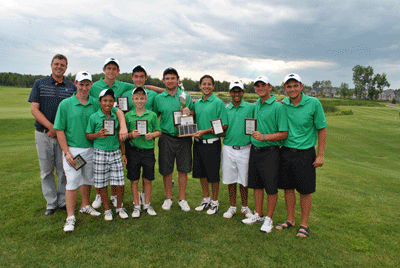 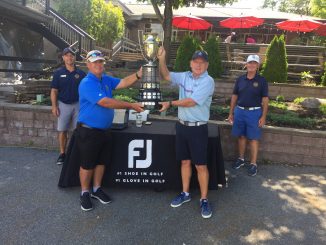