Mother Nature produced a wonderful day with sunshine and a gentle breeze for the second round of the PGA of Canada Seniors’ Championship at Carleton Golf & Yacht Club in Manotick, Ontario on Thursday, August 8th.

Ken had a stellar round of five under par, 66, on the second day of the championship and coupled with his first round score of 68 gave him first place in the Super Senior Division with a total score of 134. Finishing second in the Super Senior Division was Ponte Vedra Beach, Florida’s Bradley Rollinson (70-69-139) and in third place was PGA of Canada – Ottawa Zone’s Graham Gunn (69-71-140).

These gentlemen, as well as many other Super Seniors, will continue their play in the third round of the PGA of Canada’s Seniors’ Championship on Friday morning at Carleton Golf & Yacht Club.

Jim Rutledge talked to Chris Fry, Managing Director of Corporate Communications & Digital Media for the PGA of Canada about the final round.

“The game plan for the final round is to fire at all pins and try and go really low,” Rutledge said. “I’m really just going to try and take it to the guys chasing me and see if any of them can catch me. The key to scoring well around here is to keep hitting greens. The greens are so tiny around here that when you hit a green, you’re going to have a good chance for birdie.”

Flagstick Golf Magazine caught up with the new PGA of Canada Super Seniors’ Champion Ken Tarling and asked him about his championship win.

“I was pretty steady today, I missed one shot”, said Mr. Tarling. “I putted a little bit better today and made a few longer putts. I made a forty-two footer from just off the green on the ninth hole. It was a bounce-back after my only bogie today on the eighth hole. After that I really got rolling. I played solid on the back side and made a lot of good putts. I hit a lot of good shots and I’m loving the course. Of course I played here a long time ago when Graham (Gunn) was the head professional here. I’d come up and play and I’ve always enjoyed the course. It’s a challenging course where you have to hit the ball properly to correct spots on the fairway. It’s a strategic golf course unlike many we play now. It’s a shot-maker’s course. As for the final round tomorrow I’m just going to play my game.”

Ken Tarling was inducted into the Ontario Golf Hall of Fame in 2017 and his resume includes 21 provincial titles, the 2001 PGA of Canada Club Professional Championship and the 2011 PGA of Canada Seniors’ Championship, one Canadian Tour win and 12 international victories in eight countries as well as the 2011 Australian Legends Tour Order of Merit.

The final group in the PGA of Canada Seniors’ Championship tees off at 11:00 at Carleton Golf & Yacht Club on Friday, August 9th and as always, spectators are welcome and indeed encouraged to come out and watch the action. 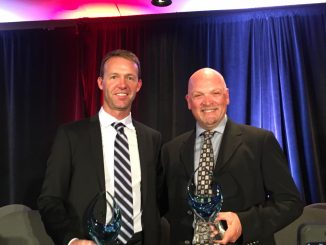 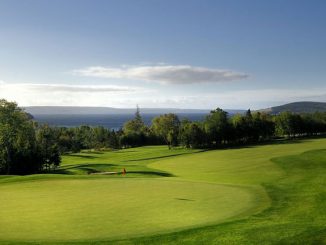 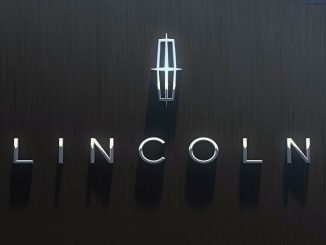