Just weeks ago word spread that the latest event to join the 2020 Mackeznie-Tour – PGA TOUR Canada circuit would be played in Canada’s smallest province, Prince Edward Island. The TOUR has now officially unveiled details of the stop, which marks the first time an official event within the PGA TOUR family has been played in this Atlantic Canadian province. The Canadian Tour, which was acquired by the PGA TOUR, held an event there in 1991-1997.

The new Prince Edward Island Pro-Am will take place on south eastern end of the province, at the Brudenell’s Resort’s Dundarave Golf Course from June 29 – July 5.

The Dundarave Golf Course is a bunker-strewn (although some were removed in recent renovations) wander through the P.E.I. countryside. It has a fair helping of elevation, water views, and holes that serve up risk-reward possibilities.

The nearly 7100-yard golf course designed by Dana Fry and Dr. Michael Hurdzan is a visitor favourite and should test the skills of the Tour players.

Add all that to the exceptional Island hospitality and you have a recipe for an appealing tournament week.

“We’re very excited that our players will have the opportunity to visit Prince Edward Island and to play an extraordinary golf course,” said Mackenzie Tour Vice President Scott Pritchard. “Dundarave should prove to be one of the best tests of golf on the Mackenzie Tour, and we believe players will rate it among the best they play all summer.”

Dundrave has played host to the Provincial Amateur championship and in 2006 was also the site of an exhibition match between Tom Watson and Jack Nicklaus.

“We believe Islanders and Atlantic Canadians will rally around the opportunity to see world-class golf in the province,” continued Pritchard. “We’re looking forward to working alongside Sports & Entertainment Atlantic as well as Tourism PEI to put on a fantastic event.”

“As Atlantic Canada’s leading sport and event management company, S|E|A is delighted to help bring professional golf back to PEI as we have a long-standing history with the game,” said Larsen. “The Prince Edward Island Pro-Am will help continue the growth of golf on the Island, inspiring young players to pursue their golf dreams and help drive visitation and awareness to PEI.” 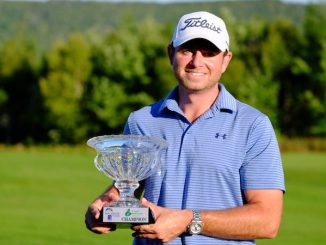 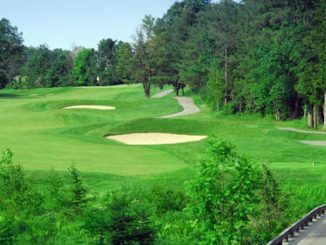