The tenth event of the 2021 calendar for the Play Junior Golf Tour played out on August 9th at the Carleton Golf & Yacht Club in Manotick, Ontario.

A full-field of players took to the private layout in the next phase of the season Long Race to the #ONECapitalCup2021 competing in twelve divisions.

At Carleton the winners in each division were:

Jack Semple of the Rivermead Golf Club prevailed with a score of 39.

Nell Adjaoud of the Rideau View Golf Club took top honours by by six shots with a nine-hole score of 42.

A 74 by Hogan Blais of Camelot pushed him to a three-shot victory over Samy Tahar and Rowan MacDonald.

Royal Ottawa Golf Club’s Elizabeth Chen-Baker turned in an 86 on the day to win the division by two shots over Shinyao Zhang of Rivermead.

Becket Patterson earned a win. the up and comer posted a credible 62 for nine holes.

This hotly contested division saw Cam Stone of the Kanata Golf & Country Club turn in a two-over-par score of 73 to earn a two-shot victory.

Rhize Jhia eclipsed Jenn Collins of the Ottawa Hunt & Golf Club by a single shot to win the category.

Always a very competitive division, it took a 76 by Brady Hall of the Cataraqui Golf & Country Club to earn the win by a two-shot margin.

Edmond Blakely of the Kevin Haime Golf Centre pulled out the win in the U9, Novice Boys flight.

Leading the way in this class was Chase Jerome. He put up an impressive score of 70, the only under round by any player at the event.

Payton Pattison of the Colonnade Golf & Country Club added to her trophy shelf with a win after a round of 85 for a slim two-shot victory. 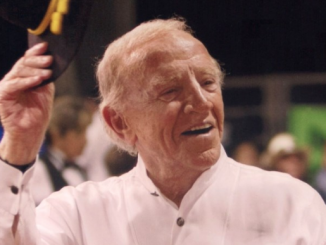