(Ottawa, Ontario) – Golfers don’t often see them but they do benefit from their work. “THEY” are the dedicated crew working on the golf course this week at the CP Women’s Open, in this case under the direction of Ottawa Hunt & Golf Club Superintendent Eric Ruhs. They work from dawn ‘til dusk.

Eric reluctantly made an appearance in the media centre Tuesday to receive an award from the Canadian Golf Superintendent’s Association, represented by Rivermead Golf Club Superintendent Derrick Powers. Eric would rather have been out on the golf course assisting in the cleanup after a violent storm swept past the Hunt Club earlier in the morning.

“I think we dodged a bit of a bullet today. We had a fair bit of rain in a short time, but the winds didn’t seem to affect us nearly as much as it seems to nearby.”

Apart from his dedicated crew of workers, Eric is aided this week by a team of volunteer superintendents from local golf courses in the Ottawa Valley. Many of these superintendents had previously worked at the Ottawa Hunt & Golf Club.

“We have almost 20 volunteers that have joined us. A number of them are superintendents from area golf clubs, some of whom have worked for us years ago and we’re still in very close contact with. Then, a number of staff members that used to work for us in years gone by have sought us out to come and join us for this pretty exciting event.”

After a brief Q & A with assembled media, Derrick presented the Canadian Golf Superintendents Association (CGSA) National Tournament Award to Eric Ruhs and made the following comments:

“I’d like to thank Golf Canada and CP for the opportunity to honour one of our members today. The CGSA represents over 1,000 individuals at the national level across Canada.

Our mandate is to support and promote the profession and provide education and research resources for golf course superintendents. As part of the ongoing effort to recognize the role of the superintendent at the golf facility, the CGSA sponsors the national tournament programs for members that host these prestigious events. Our members are an essential part of the team that ensures the golf course provides fair and consistent conditions for competition. Events like this require countless hours of additional work before, during, and after the competition.

Eric Ruhs has been the superintendent here at the Ottawa Hunt & Golf Club since 1987, and this is his third LPGA Tour tournament that he’s hosted; which is incredible.

He’s overseen two major golf course renovations at this Club and he was the recipient of the George Payne Memorial award in 2005, which is the highest award given by the Ottawa Valley TurfGrass Association, and he’s been a member of the CGSA for over 30 years.

It is my pleasure to call upon Eric to accept the CGSA National Tournament Award in recognition of his efforts in hosting one of the most prestigious of our National tournaments.”

So while you are watching some of the best women golfers in the world this week playing the Ottawa Hunt & Golf Club course for the 2017 CP Women’s Open, think about the dedicated team of turfgrass workers who made it possible. They deserve the recognition. 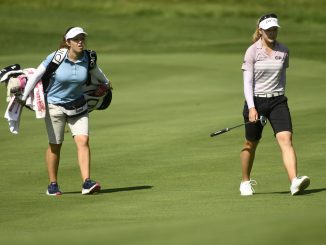 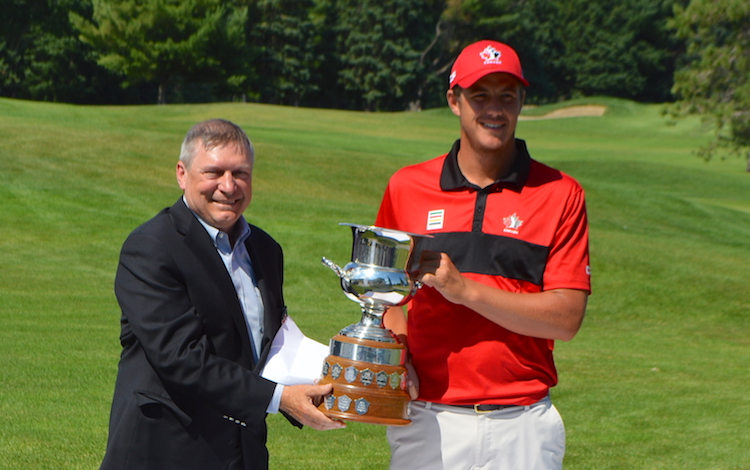 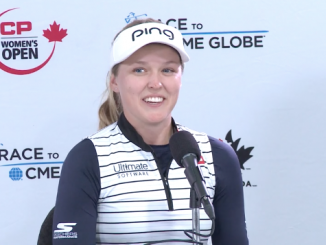