In 2020, Jason Walmark became the General Manager of the Brockville Country Club. For the 51-year-old, it was the circumstance meant to be. It’s the culmination of a crossroads of passions in his life, and a challenge he is fully engaged in. We sat down recently to chat with him about how golf came into his life, and how it has shaped it. This is part of that conversation.

FGM – Where did you grow up?

JW – Originally from Nova Scotia; was there and left about Grade 9 when our family relocated to Guelph, Ontario

FGM – You ended up in the food and beverage industry but where did your interests lie growing up? What were your goals and aspirations early on in your life?

JW – My biggest passion back then was tennis. I loved tennis, I loved basketball, and badminton. I was very athletic in my early years, so I played a lot of competitive tennis and basketball. I was very passionate about those sports until my grandfather introduced me to golf. I think I was around 16. He had a hitting net set up outside of his place in Caledon (ON). I started the game as a lefty, but he changed me over to a righty and taught me for a couple of years. I played out of Orangeville.

After high school, Jason had an opportunity to jump into teaching tennis at a golf resort in British Columbia.

JW – Tennis was not as lucrative as I thought it might be at this resort, but it was a Best Western and so to offset the money I was not making in tennis, I started to work in the restaurant. I started as a bartender, within a couple of months I was the bar manager, then within the year, I was the restaurant manager. I really liked it because I liked engaging with people; I liked providing great customer service. But they also had a golf course, so I was able to continue to play golf even more.

FGM – In a series of related career moves Jason sought out other ways to connect his interests in food and beverage, customer service and golf as he worked through several positions that brought him, with purpose, to Whistler, B.C.

JW – I really loved the game, enjoyed talking about it and the culture it created.

FGM – The move to Whistler allowed Jason to be at a resort hub that included many amazing golf properties, including Nicklaus North where he would climb aboard in 2001 as their Food & Beverage Manager. It afforded him a chance to play golf four times a week and advanced his abilities because of chances to play with the local pros. “That is where I truly got the bug for the game.” It also led to successive positions in the province in the F&B industry, taking him on a path to a formative job in his life thousands of kilometres away.

JW – The big change happened for me when I came back to Ontario and went to Rideau View. (Golf Club in Manotick, Ontario). That was a game-changer for me. What an exciting opportunity for me. It was a great golf club and I wanted to be a part of it.  This would change my life

FGM – What was it that made it so special, in your mind?

JW – I had the pleasure of meeting Head Pro Paul Sherratt, General Manager Steve Ducat, and Gord MacMillan, the Superintendent. I knew these guys were breathing rare air. I also had the pleasure of getting to know Matt Robinson, Tim Sewter, and Lee Curry.

That position revitalized my passion for the game, revitalized my passion for food & beverage and business. When you work with a great team like that it just makes things seamless. I consider Paul and Steve my mentors and I knew the opportunity to learn from those pillars in the golf industry, that I thought I could go anywhere. That is when I knew I wanted to be a GM of a golf course.

FGM – Was it hard for you to move out of there to become the GM at Osprey Ridge Golf Club in Nova Scotia, or more exciting?

JW – It was one of the hardest decisions of my life. I’ll be a big enough man to say I shed some tears, but I had the opportunity, and my mom and dad were in Nova Scotia, so it was also a good chance to focus on family. It was hard to step away from a team that was so cohesive.

FGM – How did you feel you grew in that General Manager role in Bridgewater?

JW – It was a bit of an eye-opener. You are that person held accountable and you want to go in there and do all these changes, but you find out it is better to make some gradual tweaks here and there. But it was a great adventure; we certainly made advancements.

FGM – What were your initial thoughts in coming back here to Ontario?

JW – What an exciting opportunity to come back to Ontario. I was talking to some other facilities, but Brockville was certainly #1 on my list because of a vital component.  Ryan Sloan, who I worked with at Rideau View, is the Superintendent.  Coming here and knowing that the golf course was under his care made the decision easier. I am very excited to be here.

FGM – How do you come into a historic club like this and help them push into the future?

JW – We just can’t remain what we were; we must keep moving forward. We want to build our membership, but the key is to also retain them. So, the biggest thing was to create different things – buying a snow groomer for cross-country skiing, tubing hill for families, snowshoeing, and golf simulators. Additional activities over the winter like monthly draws for prizes to keep members engaged while also enhancing summer activities to increase participation. We even have honeybees and have our own beer using that honey.

We want to make it the club where people want to go. That’s the key thing; you’ve got to have the team. It’s not one person who does it; it’s who you have surrounding you. That’s what we are doing and will continue to do so. We have a lot of great things ahead of us. 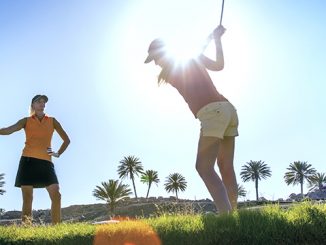 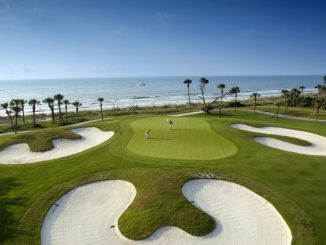 Golf Travel: Hilton Head Will Be Ready For Returning Canadians 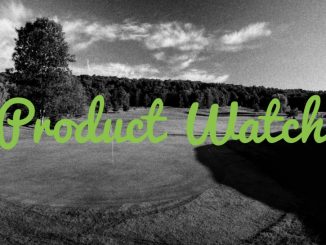