Brooke Henderson, the 11th ranked player in women’s professional golf is back in action later today. The 18 year-old from Smiths Falls, ON will tee off in the first round of the LET Tour RACV Ladies Masters on the Gold Coast of Australia at 4:15 p.m. Eastern (Wednesday in Canada).  She is a sponsor’s invite to the event and is coming off a tie for 9th place at the LPGA/LET co-sanctioned ISPS Handa Women’s Australian Open.

More information on the RACV Masters can be found at this link.

For those who missed it Austin James of Bath, Ontario had another impressive collegiate outing this past weekend. The junior at Charleston Southern University had a 6th place finish at the NCAA All-American Intercollegiate in Humble, Texas. It was his 5th top ten finish in seven college tournaments played this season (15/16).

In a recent interview with Flagstick.com (more news to follow), Mike Copeland, co-owner of the Pine View Golf Course in Ottawa, revealed that changes to the 18th hole of their Championship course will be ready for this Spring.

A new tee box will now stretch the hole into a par five and make the resulting course a par 72.  He explained the reasoning behind it in a post in the Flagstick Forum:

“The change helps on a variety of fronts. We like the idea of adding a few yards and increasing par to 72. We also feel work like this, that has been talked about for years but never done, helps to demonstrate to the Ottawa golfing community our commitment to improving the course. We also like giving golfers a decent chance at birdie or at least par on the closing hole,” said Copeland.

He may have passed years ago but the celebrations continue for George S. Lyon. The last man to win an individual Olympic gold medal in golf will be honoured later this week. The Richmond (just west of Ottawa), Ontario native who spent most of his adult life in Toronto will be honoured by that city as he is posthumously inducted in to the Toronto Sports Hall of Honour on Thursday, February 25th.

There is a very important event happening next week at the Superdome at Ben Franklin Park in Nepean and golfers can help out a very worthy cause.

On Wednesday, March 2nd (from 9 a.m. to 4 p.m.) the facility at 191 Knoxdale Road will be hosting the “Michael’s Golf Classic” in support of Laying Out Leukemia.

This is the third instalment of the campaign to help out young Michael Moore and his family.

The key details come from the event organizers:

“For those who don’t know Michael’s story, Michael is a 9yr. old Down Syndrome boy who absolutely loves the Toronto Maple Leafs and his family. In 2013, Michael was diagnosed with Leukemia. He fought a very brave fight enduring painful chemotherapy and other procedures. Michael seemed to be on his way to recovery until he was told in late 2015 that the cancer had returned. Since then we have been on a mission to show as much bravery and determination as Michael to help in any way we can! We’ve hosted two fundraisers previous to this with great success and we are looking forward to doing it all over again.

100% of money raised will be going to the Meehan family to help support the financial burden as Michael continues to battle this awful disease, so please come out and work on your golf swing for a great cause.

We are extremely proud of our little hero Michael Meehan and hope to see all of you come out to support him as he Lays out Leukemia for the last time!

For those who have not seen Michael’s Video by Skytography..see it below and be sure to check out the GoFundMe page where people can support the family. 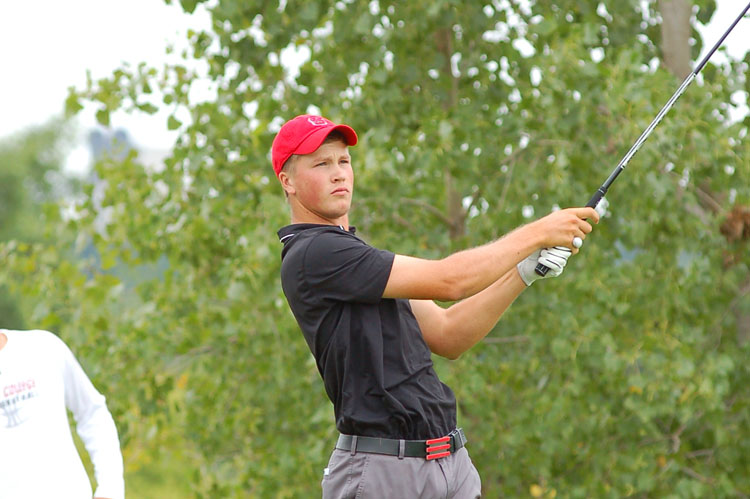 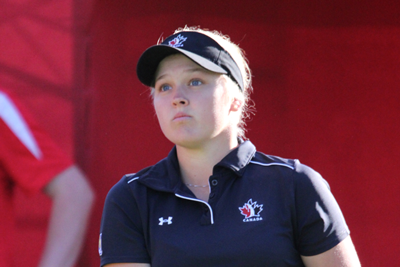 Major Weekend Ahead For Brooke Henderson