How low can you go was the order of the day on Friday at Hylands Golf Club in Ottawa, at least for the leader of the National Capital Open to Support Our Troops.

By the time the later part of the field at the Mackenzie Tour – PGA TOUR event got underway one number loomed large on the leaderboard. That was the 15-under par total posted by Californian Manav Shah through two rounds. It was boosted heavily by a 9-under-par, 62, on Friday.

Shah, a rookie who honed his skills at UCLA, closed out his round on the 9th hole by driving the green on the short par four and making the putt for eagle.

“It was a good day. My levels of serenity were great,” Shah shared. “I was in a good place physically and mentally,” he said. “I was pretty calm out there and I just tried to play within myself and it added up to a pretty low number.”

Two shots back of Shah in second place is Canadian Adam Cornelson, who went bogey-free for the second straight day to post a 64 and get to 13-under.

On the 17th hole, Cornelson rolled in a 30-footer to draw within two strokes of Shah heading intoSaturday.

“It was a little cheeky, but I’ll take it,” Cornelson, who is fifth on the Order of Merit, said of his birdie.

After playing on the Web.com Tour last week and at the RBC Canadian Open on his previous off-week, Cornelson has learned how to stay consistent this season in what has been a breakthrough year.

“There’s so many guys out here that can put up a number that you have to just focus on your own game,” he said.

The 36 -hole cut came at -3. Among those making it was a familiar face in Eastern Ontario, former PGA Tour member Matt McQuillan. McQuillan, a native of Kingston, followed his 67 on Thursday with an even par round on Friday and sits at -4 total, in a share of 47th. 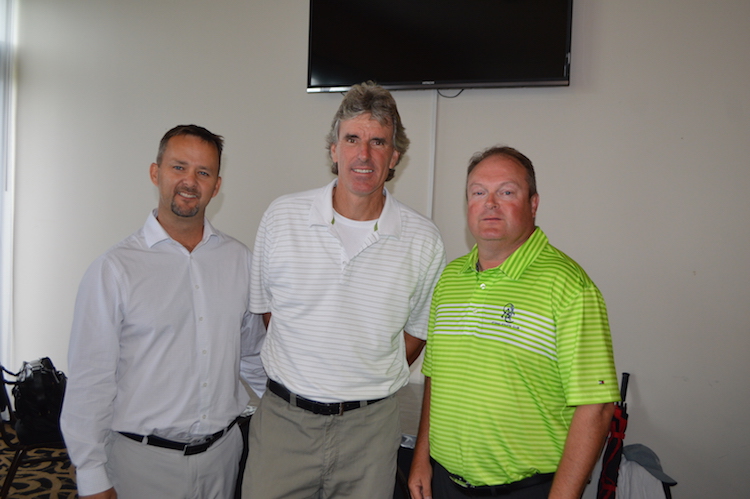