The third round of the BMG Cup Series was held at the Brockville Country Club in Brockville, Ontario on the weekend of September 12/13. The hot weather that had favored the area recently was replaced by cooler conditions and steady rain. In fact, the second round of the Flagstick Golf Magazine BCC Open had to be delayed on Sunday by an hour to allow the greenkeeping crew to change a few pins and get some of the water out of the bunkers.

The weather didn’t have much effect on Ryan Sevigny of Ottawa as he backed up his opening three-under-par round of 69 with a one-over score of 73 to win the Stanley Thompson Flagstick BCC Open championship trophy by 5 strokes over Prescott Golf Club’s Phil Patterson (71-76-147).  With two day total scores of 149, Dwight Reinhart and Taylor Collins finished in a tie for third spot.

“I really stayed patient out there” said the Flagstick BCC OPEN tournament champion Ryan Sevigny. “I don’t really mind the rain, so whenever I see the forecast that looks gloomy, I try to stay as positive and optimistic as I can. I found on this course especially that it was very key not to get thrown off by the conditions and I stuck to my game plan. I made sure to hit the clubs I wanted to hit off the tee and make sure I left myself under the hole as much as I could because even with the wetness on the greens there was still a lot of undulation on them and you didn’t want to be putting downhill. That worked out very well for me.”

Mr. Sevigny became the third winner in the 2015 BMG Cup Series presented by NIKE Golf. Kurtis Barkley had won the Flagstick Shootout at Smuggler’s Glen and Dwight Reinhart was the winner of the Flagstick Open at eQuinelle Golf Club, both played earlier in the year.

Other Flight winners at Brockville were Phil Patterson (A), Mark Peacock (B), Brian Harper (C) and Glenn Caird (Senior).

Flagstick Golf Magazine Publisher and President Jeff Bauder thanked all of the players who stuck it out in trying conditions over the weekend as he awarded the prizes from NIKE Golf.

It was a tight race for BMG Cup Series Player of the Year honors and Dwight Reinhart was awarded the trophy with his 3975 points followed by Ryan Sevigny (3750) and Noah Steele (3075).

“That was the goal this year to win the series”, said Dwight Reinhart after accepting his BMG Cup Series trophy. “I worked pretty hard this year on my game and I had a first, second and third, so I’m pretty happy with that.” Mr. Reinhart had a very successful year winning the Golf Quebec Mid-Am and finishing second in the Duke of Kent and a top 30 finish in the Canadian Mid-Am. 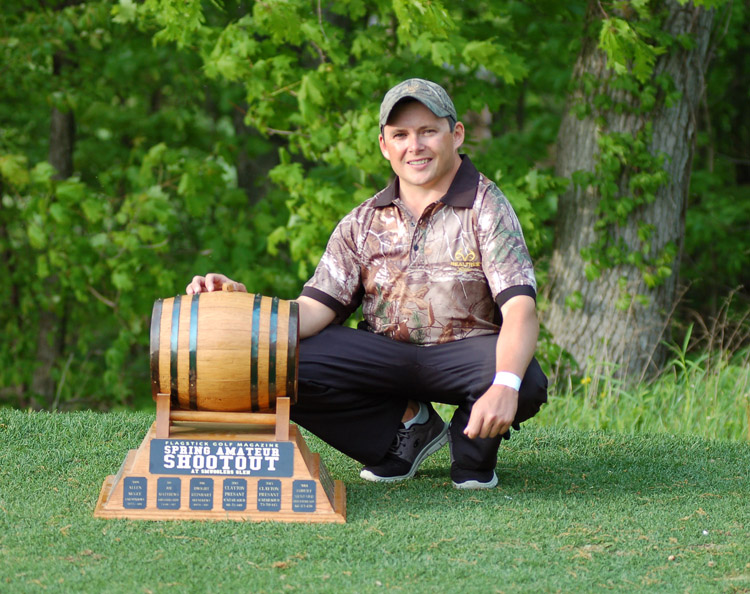 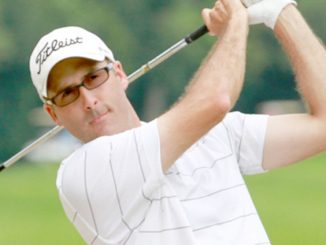 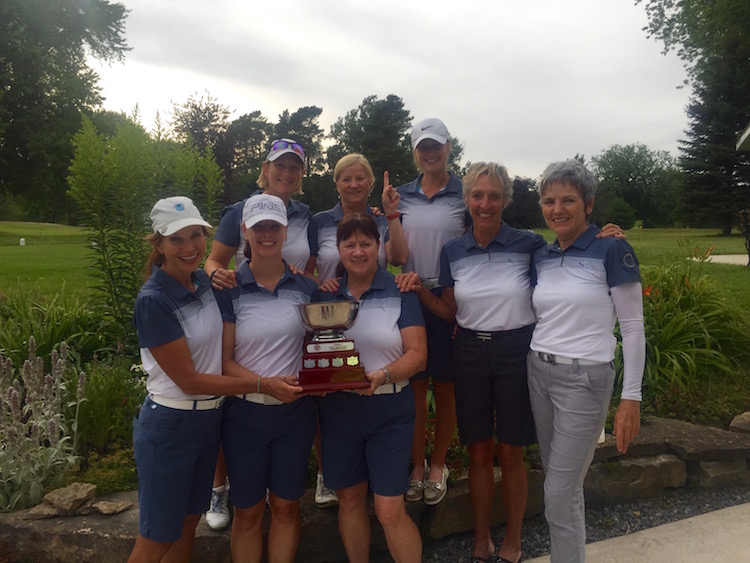