While Jason Day is dominating the BMW Championship this week, the player he counts as his golfing hero was having more back surgery.

Via his website Tiger Woods announced on Friday that he had undergone a second microdiscectomy surgery on his back. It follows a similar procedure completed in March 2014.

Word is that the second operation was completed on Wednesday in Park City, Utah by Dr. Charles Rich.  It is the same doctor who completed Woods’ first back surgery.

“Tiger Woods underwent a microdiscectomy late on Sept. 16 at Park City Medical Center,” Dr. Rich said. “With the upcoming offseason, the decision was made to remove a small disc fragment that was pinching his nerve. The microsurgery was a complete success, and he was discharged Thursday night.”

“This is certainly disappointing, but I’m a fighter,” Woods said. “I’ve been told I can make a full recovery, and I have no doubt that I will.”

The surgery will mean that Tiger will miss the events he had originally committed to play in this Fall – the Frys.com Open, Bridgestone America’s Golf Cup presented by Value in Mexico City and the Hero World Challenge at Albany in the Bahamas.

“I’d like to send my regrets to Frys and all those associated with the America’s Golf Cup,” Woods said. “Those were two events I was really looking forward to playing. I was ready to start the 2015-16 PGA TOUR season at Frys, and I was excited to join my good friend Matt [Kuchar] in Mexico City.

“I will be attending my foundation-hosted Hero World Challenge but won’t be able to play. I appreciate everything that Hero does for the Tiger Woods Foundation, and I have a great personal relationship with Mr. Munjal [vice chairman and CEO of Hero MotoCorp]. I look forward to being there to support my event.”

According to Woods, he had felt more discomfort in his back and hip in the past few weeks including at the Wyndham Championship, the final PGA TOUR event of the year and where he contended late into the tournament.

By having the surgery now Woods can begin his rehabilitation process now with the intention to return to play in early 2016.

He will begin rehabilitation and soft tissue treatment within a week.

“I appreciate the fans’ concern and support,” he said. “This is unfortunate, but these things happen. I’ve been injured before and played again. It won’t be any different this time.” 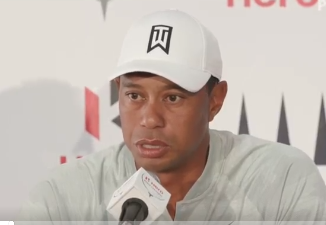 Tiger, Q-School, and a Loss For Canadian Golf 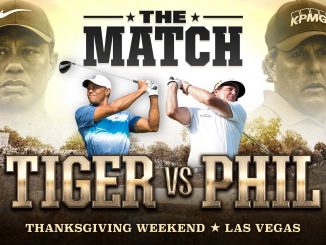