Many of the game’s best players prefer RAW wedges for a critical reason. The unplated surface material will rust over time to preserve consistent spin while also delivering better performance in wet conditions. The all-new Raised Micro-Ribs further enhance those benefits and deliver added precision around the greens – especially on partial shots.

“Wedges have to be versatile and exacting, whether it’s a full swing from 100 yards, a touchy 15-yard pitch that needs to stop quickly, or any distance in between. With Milled Grind 3, we’ve designed a wedge that’s capable of delivering optimal spin on every shot from every distance,” says Bill Price, Product Creation, Putter & Wedge

Raised Micro-Ribs (0.02mm tall and .25mm wide) span the entire face and sit between the traditional grooves. They create an abrasive and textured surface area that improves the interaction between clubface and ball on finesse shots.

Additional changes to the face (compared to MG2) include a scratch finish on the toe area to reduce glare at address.

TaylorMade’s Milled Grind Sole process produces wedges of exacting specifications time after time. Each leading edge and sole grind are individually CNC milled for accuracy and consistency from club to club. Player-inspired alterations to the sole and bounce offerings for MG3 wedges include:

Low Bounce (LB) – The new LB sole geometry promotes a smoother entry and exit of the club through the turf. The leading edge sits closer to the ground and has less tendency to catch upon entry, while a slight increase in camber will help the club glide through the turf with less resistance. Added trail edge relief delivers versatility when opening the face up to hit finesse shots around the green.

Standard Bounce (SB) – With a slightly wider sole than on MG2, the SB sole geometry is geared towards increased playability and forgiveness on various shots. Added trail edge relief delivers versatility when opening the face up to hit finesse shots around the green.

High Bounce (HB) – The HB sole geometry is designed to help players with a steep attack angle or those who play in softer conditions. Like the SB, the sole is slightly wider than MG2 and has increased camber for smoother turf interaction. Added trail edge relief delivers versatility when opening the face up to hit finesse shots around the green.

TW Grind – Offered in custom offerings only, with 56° and 60° lofts available, each sole on the MG3 TW was inspired by Tiger’s grind. The 56° wedge is a dual sole with heavy heel relief, while the 60° has an extremely high bounce on the leading edge with a shaved heel. This makes it possible to open the face for flop shots, while still providing relief on the leading edge for better performance on tight lies. Designed to be supremely versatile, these unique grinds allow Tiger to take on any shot, on any course, anywhere in the world.

In examining every component of wedge design during the development of MG3, engineers made a special effort to improve sound and launch. While seemingly unrelated, improvements to both were achieved by altering the Thick-Thin Design of MG3. Precision mass placement optimized CG location to encourage lower launch with increased spin (i.e., the higher the loft, the higher the CG) while simultaneously delivering better sound and feel responses during player testing. The addition of progressive hosel lengths completes the comprehensive MG3 design. Pairing different hosel lengths with different lofts allows for optimal CG location and promotes a seamless transition from iron sets into wedges. 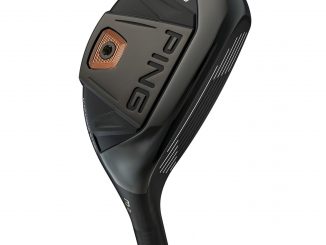 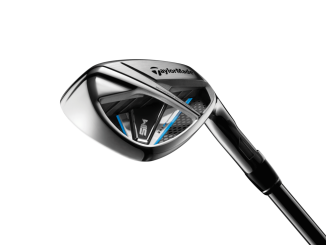 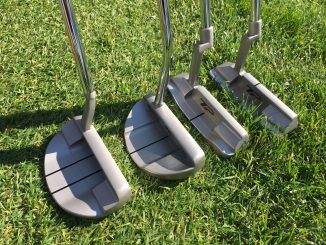