After what can be figuratively termed a very long summer, Rideau View Golf Club’s Matt Robinson is going ahead with his Children’s Hospital of Eastern Ontario (CHEO) fund-raising initiative, The Longest Day of Coaching.

Robinson, Rideau View’s Director of Instruction and Program Development, battled a painful case of shingles through most of the summer, which limited his time at the course.

Anybody who has had shingles or knows somebody who has, knows it is an incredibly painful and fatiguing experience.

But after discussing the situation with his wife, Dayna, Robinson has decided to go ahead with his fundraiser, which started in 2008 and has raised over $250,000 for CHEO.

There will be a modification with the event this year; it will be spread over two days:

“My health is not a life or death thing,” said Robinson. “If it is going to be nine or 10 months of being tired? What’s one extra day?”

The Robinsons got involved in fundraising for CHEO after daughter Kathryn and twin sister Kristina were born 12 weeks prematurely. Kathryn underwent seven surgeries, including two cochlear implant procedures which gave her the gift of hearing.

There was also, what the Robinsons hope, a third and final eye surgery a year ago.

The twins, now nine years old, are in Grade 4 French Immersion and attend Steve MacLean Public School along with their big brother, Mitchell.

The Robinsons, with thanks to an anonymous sponsor who matches the funds raised up to $20,000, have been paying back CHEO since 2008.

“We can’t do what we do without people like the Robinsons,” said Kevin Keohane, CHEO’s president and CEO. “We are indebted to them, but they never make us feel like that. They are doing it for all the right reasons.”

Keohane said the Robinsons are in an unusual position to extend their help to CHEO. Having a child that requires CHEO’s care usually results in both financial and time restraints for young parents.

“Most aren’t in a position to give back. If there’s a health issue, they are incurring expenses and Mom or Dad is missing work. They are at an age when they are concerned with putting food on the table and buying clothes and keeping kids in school,” said Keohane. “Matt and Dayna went through that experience and saw there were real needs and things that would make it better for others. They’ve dedicated themselves to energizing other people to help give back.”

The Robinsons, thanks to the support of the Rideau View community, have been able to generously give back.

From furniture and toys for family rooms to advanced surgical tools, the impact can be seen at CHEO.

“The first year I think it was furniture we purchased for a family resource room,” said Robinson. “We had gone in there three or four times because Kathryn had three or four surgeries early.

“I remember being in that family room and it was kind of comfortable, but there was only one. You had to reserve it and you could only reserve it for three or four hours. It might not be a life saving procedure, but it makes everybody’s life easier.”

The latest acquisition, thanks to funds raised through the Longest Day of Coaching, is a high-frequency jet ventilator for the Neonatal Intensive Care Unit.

“It’s great to be able to come back to the golf club and say – thanks for supporting the day, this is the equipment that was purchased, this is what the equipment does, this is its value and why it needed to be replaced because they’re going to get to see more kids or it will require less time,” said Robinson.

“Matt is well respected in that close-knit community at Rideau View,” said Keohane. “The members rally behind Matt as much as they rally behind CHEO.”

All the revenue from lessons, fitness assessments, clubfitting and mental coaching during the Longest Day of Coaching, as well as direct contributions will be donated to CHEO.

Appointments can be booked by contacting Robinson at mattyray1@gmail.com.  Should you want to make a donation in support of the day find the Rideau View Facebook page for information.

What the Longest Day of Coaching has meant to CHEO and the families that benefit from its services:

All Funds Allocated to NICU and Audiology Department Accounts 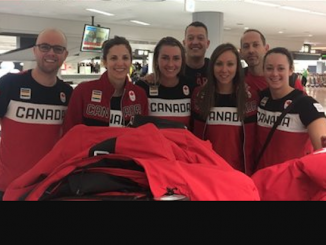 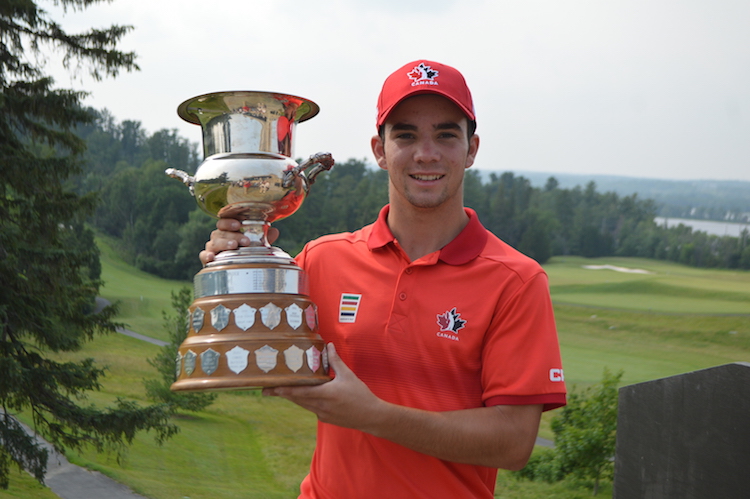 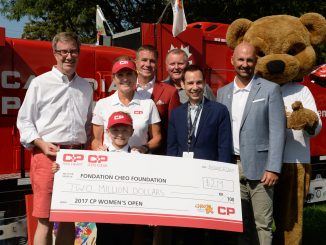