The qualifying period for men’s golf for the Tokyo Olympics (postponed from 2020) is complete. The complete rankings was published today for the field which includes sixty players. Several notable players including Lee Westwood, Tyrell Hatton, Matthew Fitzpatrick, Martin Kaymer, Sergio Garcia, and Louis Oosthuizen would have been eligible but chose to withdraw from the running for a variety of reasons.

Canada will be represented by Ontario’s Corey Conners and Mackenzie Hughes. (Adam Hadwin is 1st alternate)

The final Women’s Rankings will be posted on June 29. Already guaranteed to represent Canada, should they choose to do so, will be Brooke Henderson and Alena Sharp.

The Olympic Golf Competition will take place on July 29 – August 1 for the Men and August 4-7 for the Women. Both competitions will be hosted by Kasumigaseki Country Club in Kawagoe, Saitama, Japan. The club has previously hosted the Japan Open multiple times, the Asian Amateur Championship, and the 1957 Canada Cup. 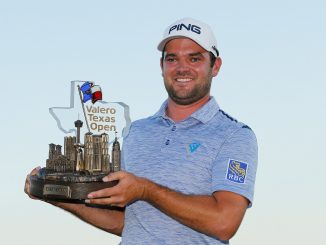